Review: Love and the Messianic Age 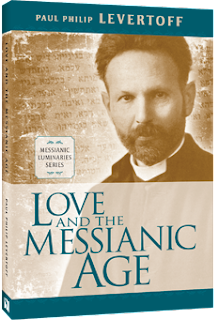 Kabbalistic literature is, generally speaking, comparable to a large, sprawling city with many treacherous back-alleys, dangerous neighborhoods, and sudden, unexpected dead-ends. Even with a good map and a good sense for direction, the visitor is likely to find himself lost and confused and may easily stray into a bad part of town. Rather than trying to find your way through this maze-like metropolis on your own, we recommend you follow a reliable guide. Paul Philip Levertoff is just such a guide.

I love this description of navigating the mystic Jewish writings. I feel as if, opening the pages to Paul Philip Levertoff's Love and the Messianic Age, that I'm an American tourist on his first visit to Constantinople. The year is 1923, and I've been suddenly diverted from my innocent vacation plans into adventure and intrigue, thrown in with Kasper Gutman and a collection of rogues, searching the back alleys of this ancient city for some clue as to the whereabouts of the Maltese Falcon.

While Dashell Hammett's famous detective novel wasn't published until 1930, Levertoff's short but impressive work originally became available in 1923 and now, thanks to First Fruits of Zion (FFOZ) and Vine of David, Levertoff's writing, insights, and expression of Jesus the Jewish Messiah, are accessible to us again.

Before continuing with this review, you might want to become briefly acquainted with Levertoff and how a young Chasidic Jew at the end of the 19th Century came to faith in Jesus, by reading my blog post, A Short Lesson from Feivel the Chasid. Levertoff's journey from an Orthodox Jewish student in Orsha, Belarus to an Anglican priest in Wales is fascinating and even amazing. Understanding his journey is the way to understand what he has to say to us.

As Boaz Michael writes in the Foreward to the book's commentary, mysticism isn't for everybody. I didn't think it was for me either, but I was getting "stuck" reading more Christian-oriented inspirational and scholarly works, as a way to find the Jewish Messiah. The vast collection of Gentile Christian commentary has made discovering the "original" Jesus difficult by largely dismissing a Hebraic understanding of the Jewish Messiah, his Jewish disciples, and his teachings as a Jewish Rabbi and Prophet. After briefly being introduced to Levertoff's book and the concept of Jewish mystic writings on Derek Leman's blog, Boaz Michael suggested that I read (and review) Levertoff's book and the accompanying commentary.

If you follow my blog, you could probably guess this, as, over the past two weeks, I've posted about 9 or 10 separate "mini-reviews" of different concepts and lessons I've learned while reading Levertoff.

Since last summer, I've been challenging my faith and questioning my basic assumptions about who Jesus is and who I am in him. This investigation intensified at the beginning February when I ran headlong into my ambiguity about the deity of Jesus (is he or is he not literally God?). In reading various Christian texts including Bowman's and Komoszewski's Putting Jesus in His Place, I failed to discover sufficient evidence and information to convince me that the Orthodox Christian viewpoint on Christ's deity and the Trinity held water. Reading Levertoff, I think I've found out why.


He read the Gospels in German. Then he obtained a Hebrew version and reread them. Though he was in the midst of a Gentile, Christian city where Jesus was worshiped in churches and honored in every home, Feivel felt the Gospels belonged more to him and the Chasidic world than they did to the Gentiles who revered them. He found the Gospels to be thoroughly Jewish and conceptually similar to Chasidic Judaism. He wondered how Gentile Christians could hope to comprehend Yeshua (Jesus) and His words without the benefit of a classical Jewish education or experience with the esoteric works of the Chasidim.

I think Levertoff is right. I don't believe it's really possible to understand what the Jewish Messiah is teaching by taking him out of his context. I think what impressed Levertoff about the Gospels should absolutely amaze us.


In 1887 a nine-year-old Chasidic Jew named Feivel Levertoff was trudging home from cheder (a Jewish day school) when a discarded scrap of paper caught his eye. It was printed with Hebrew text. Supposing it was a leaf from a prayer book or other sacred volume, Feivel picked it out of the snow.

He quickly read the piece of paper. It was a page from a book he had never read before. It told the story of a boy like himself - not much older either - whose parents found him in the Holy Temple in Jerusalem, expounding the Scriptures and learning with the great sages of antiquity. 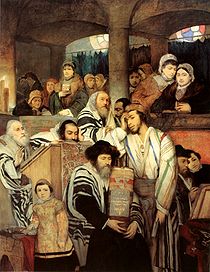 Jorge Quinonez continues this tale of young Feivel by telling us that he had found a Hebrew translation of Luke 2:45-47 and supposed it was part of the Jewish holy writings. Feivel was shocked when he later showed the paper to his father, and his father expressed anger, forbade Feivel from ever again reading "such things", and then watched his father crumple the paper and toss it into the stove.

This was just the beginning of Levertoff's fascination with the Gospels as Feivel (later he chose the name Paul Philip after his formal conversion to Christianity) secretly found opportunities to continue reading the teachings of "Rebbe Yeshua of Nazareth". What continued to draw Levertoff along this path (and what should draw us as well), is how the Gospels so seamlessly and thoroughly blended into the Chasidic Jewish mystic writings, teachings, and world view. Seen through the eyes of a teenager who had the benefit of a classical Jewish education and exposure to the esoteric works of the Chasidim, Feivel was puzzled at how Gentile Christianity could ever make heads or tails of Yeshua. By the time Levertoff was 17, he was a devoted Chasid (a "Chasid" is a disciple of a distinguished Rabbi or spiritual leader in a religious community) of the great Rebbe Yeshua.

What Levertoff created in writing Love and the Messianic Age some decades later, and what FFOZ/Vine of David has provided by creating their commentary on Levertoff, is a roadmap that allows us to see the territory of the teachings of Christ through the lens of the Zohar, the Tanya, and the realm of Chasidic Judaism.

Although the world sees Levertoff as a Jewish convert to Christianity, it is more accurate to describe him as a Chasidic disciple of the Jewish Messiah. Levertoff's Jewish understanding of Jesus as the greatest and most unique Prophet, Rabbi, and ultimately, as the Messiah and Son of God, never wavered throughout his lifetime, and by writing Love and the Messianic Age, he granted a larger audience the ability to see through his eyes. By republishing Levertoff's book and writing their own detailed commentary on Levertoff, FFOZ and Vine of David have allowed even generally non-mystic, non-Jewish people like me, the ability to navigate the strange roads Boaz Michael describes, and to finally understand the Lord and Savior of the world as I believe he truly is.

If you're reading my review from a traditional Christian context, you may be having problems understanding what resonates within me when I read Levertoff, but I have found in this book, the missing piece of the jigsaw puzzle in the picture of Jesus. Each writer, each scholar, each believer, has a different way of seeing Jesus. Sometimes the differences are slight, but I've found some of those differences to be profound. I can't say as an absolute fact, that Levertoff's presentation of who Jesus is, and his understanding of what Jesus taught, is the only way or the best way to look at the identity, nature, and character of the Jewish Messiah, but it is the only perspective that has answered questions for me, that no other investigator has truly addressed. How does Christ's deity connect to the Shechinah? How does the Gospel of John line up with the writings in the Zohar? What is the match between the Christian concept of koinonia and achdut or "unity", the highest ideal in Chasidism? 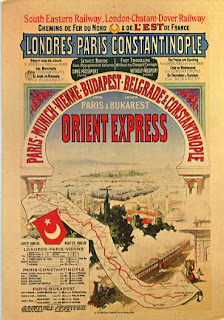 It seems more than astounding that the world of Jewish mysticism and the world of the Gospels so completely map to one another. It's like wandering through a city where the streets have no names, and then finding a guide who tells you how it all makes sense.

You may be thinking that trying to grasp the meaning behind Jesus by using a Chasidic model is too far for you to go. However, there's actually nothing particularly difficult about reading Levertoff or the commentary. The sources being cited may be beyond your experiences (they were for me), but the interface provided by book and by the commentary, make what's being said and the attendant meaning very accessible. For me, beyond accessibility and meaning, I also found illumination.

This isn't the only way to look at and understand Jesus, and it may not be the one you would choose at first, but I highly recommend that you give it a try, especially if how you see the Jewish Messiah right now in your faith, seems a little bit stale or perhaps, is just a picture that hasn't challenged you for a very long time.

Who is Jesus really? What did he teach? Is it possible that what you have been taught; what you think you understand isn't the whole picture? If those are questions you have, I urge you to get a copy of Levertoff's book as well as the FFOZ/Vine of David commentary. Read them slowly. Carefully unfold the map. Discover how the ancient streets and byways of the Holy City begin to open up for you. Faith isn't a vacation; it's an adventure. Let Paul Philip Levertoff be your guide to discovery and treasure.
Posted by James at 9:48 AM

Glad you like it. Please feel free to pass the link along to anyone you think would want to read it (yes, that's an unabashed plug). :-)

Thanks, James, for your kind comments under the other thread. Dialogue is a good thing. You might, as you continue to explore Jesus' Jewishness, also be interested in the following:

Some time ago, I watched part of the excellent documentary series by Ronald Eyre, called "The Long Search." One DVD contained three episodes: one on Judaism, another on Islam, and the third on Eastern Orthodox Christianity. I was particularly struck with the external similarities/continuities between Jewish expressions of worship and that of Eastern Orthodox Christians. (And, of course, Islam, coming later incorporated aspects of both traditions.)

I wouldn't be at all surprised if there is a definite affinity between the mystical aspects of Judaism, especially, and Eastern Orthodoxy, which is the most "mystical" of all the Christian traditions.

Thanks for the resources. I'll add them to the list I've compiled. My next and probably last book I'll be reading (for the time being, anyway) on the "deity" issue is Hurtado's How on Earth Did Jesus Become a God? and I'm mainly doing it to be fair to the Christian perspective on the matter.

After that, I have to stop spending money on books for awhile, as my wife says I'm stressing out our Visa account. ;-)

James
James Pyles is a published author, editor, and technical writer. He also has a passion for theology, strength training, and is breaking into fiction writing, particularly science fiction. He is currently working on his first full-length novel. He maintains several blogs, compartmentalizing his interests including mymorningmeditations.com, poweredbyrobots.com, and oldmansgym.com. Visit my Amazon author's page at https://www.amazon.com/author/jamespyles 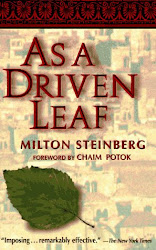